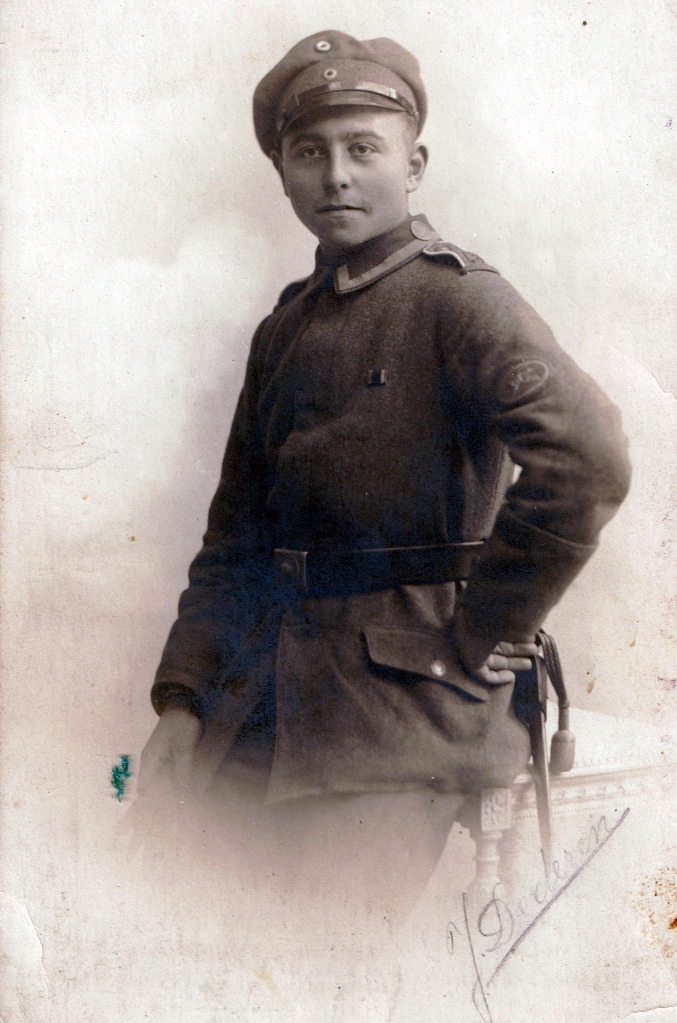 Iron Cross 1st Class.   The Eiserne Kreuz (Iron Cross – often abbreviated EK or IC) was instituted on 10 March 1813 by the Prussian King Friedrich Wilhelm III.  It was awarded for bravery in the field – without regard to rank – during the Befreiungskrieg (War of Liberation also called the Napoleonic Wars).  The Iron Cross was designed by Karl Friedrich Schinkel, a famous Prussian sculptor and architect.  1813 Iron Cross 1st Class examples to non-Prussian recipients requires extensive documentation since this would be a fairly rare museum piece.  All documented Prussian recipients received at least one other medal – normally the Kriegsdenkmünze für 1813/5.   Most sources indicate that the Iron Cross 2nd Class was required to be awarded prior to the 1st Class (as described in the royal decree) but there is some evidence that this was not strictly followed.  On 3 August 1841, King Friedrich Wilhelm IV approved a special yearly payment to some of the Officers, Sergeants and Corporals who were Iron Cross 1st Class recipients.   The best figures available indicate that approximately 638 Iron Crosses 1st Class were awarded for the Befreiungskrieg.

The 1813 Eiserne Kreuz I. Klasse or Iron Cross 1st Class is approximately 4.2cm by 4.2cm, weighing 16.5 grams (maximum), made of blackened iron, and has a silver edge.  The obverse was void of any design or lettering, other than the silver frame.  The silver content varied slightly within the 800-900 range.  The reverse was a silver backing which was an integral part of the silver edging and had 1 to 2 loops welded onto each arm for sewing onto the uniform.  The original official issue is unknown with a hallmark.  The Cross was worn on the left side slightly below the heart and below any medal(s).  Many recipients had converted their awards to pin backs by the mid-1800s.  A Prussian Cabinet Order, dated 4 December 1871, did not specify the wearing of the 1813 Iron Cross 1st Class but it did specify the wearing of other orders, decorations, and medals which a recipient may have been entitled to.

The Iron Cross:  A History, 1813-1957 (Gordon Williamson, published by Blandford press, 1985 – he also is involved with an excellent online site) is an excellent reference work that should be consulted.  There are other similar books which deal with the Iron Cross overviews.  A review of most Prussian unit histories typically list the number of 1813 Iron Crosses 1st Class that were awarded and often provide some biographical information and illustrations.  The German Decorations & Orders Society (BDOS) publishes outstanding detailed information as well.  A well documented book has been published in Germany which attempts to list all known recipients, but it is out of print and is difficult to locate.

It is interesting to note that almost immediately, jeweler’s copies were made for the recipients who had lost or damaged their Iron Crosses or who wanted a better quality.  Many of the replacements varied outside the 800-900 silver range and some were even made of nickle.  This confounds the correct identification of the originals since both are contemporary awards.  The 1830s and 1840s jeweler’s copies are fairly well documented and are most often encountered on the market (although the seller usually doesn’t mention that it’s not the official issue).  As a general rule, the original issue 1813 Iron Cross 1st Class did not have a pin back (unless added later) and did not vary much from the 4.2cm squared.  Many of the jeweler’s copies carry hallmarks which aids in identification – but not all – and some of these are not made of iron, making them non-responsive to a magnet test.  Most of these near-contemporary Crosses are of sizes at 4.175cm or less or 4.275cm or greater with the width and height exactly equal.  If you are adding this to your collection, you will need to be especially careful in your purchase since a verified contemporary Iron Cross 1st Class may be either the original issue or a jeweler’s copy.  It is best to obtain one through a Napoleonic era Prussian medal specialist with a full guarantee.   In late-2006, a USA online dealer had a wide selection of 1813 Iron Crosses 1st class for sell at prices ranging from $2,249.95 through $2,999.95.  I’ve only seen 4 original (as issued) 1813 Iron Crosses 1st Class in Germany during the last 12 years and two were sold prior to being offered to the general market – the other two (both were sew-on 8 loop examples) were in German museums.

Copies and forgeries abound.  Most copies (typically cast) are made for collectors or re-enactors who require an example and typically sell for about $12 to $75.  Please review my copy medal guide http://reviews.ebay.com/Worldwide-Military-Medals-Copy-Medal_W0QQugidZ10000000001875117 for a more detailed explanation.  The forgeries  are typically either one of 2 types:  a later type official Iron Cross 1st Class with the obverse very finely removed and re-coated and the other type is one that has been struck from dies.  The later can be difficult to detect but a trained specialist can make that determination through an analysis of the metal and the silver beading.  The vast majority of these do not use the welded sew-on loops but rely on the pin backs.  Please review my forgery medal guide http://reviews.ebay.com/Worldwide-Military-Medals-Forgery-Medals_W0QQugidZ10000000001875079 for a more detailed explanation.  Both forgery types are sometimes encountered at German flea markets, militaria shows, or are offered online – usually at a price approaching that of a verified authentic example.  As mentioned earlier, jeweler’s copies are known and are generally regarded as suitable collector examples if they are verified contemporary – but many sellers do not make the distinction clear.  Again, the best advice is:  Buy only from a reputable dealer who specializes in Napoleonic era Prussian medals.  Please visit my blog (http://blogs.ebay.com/tsa-li) and/or guides for further information. 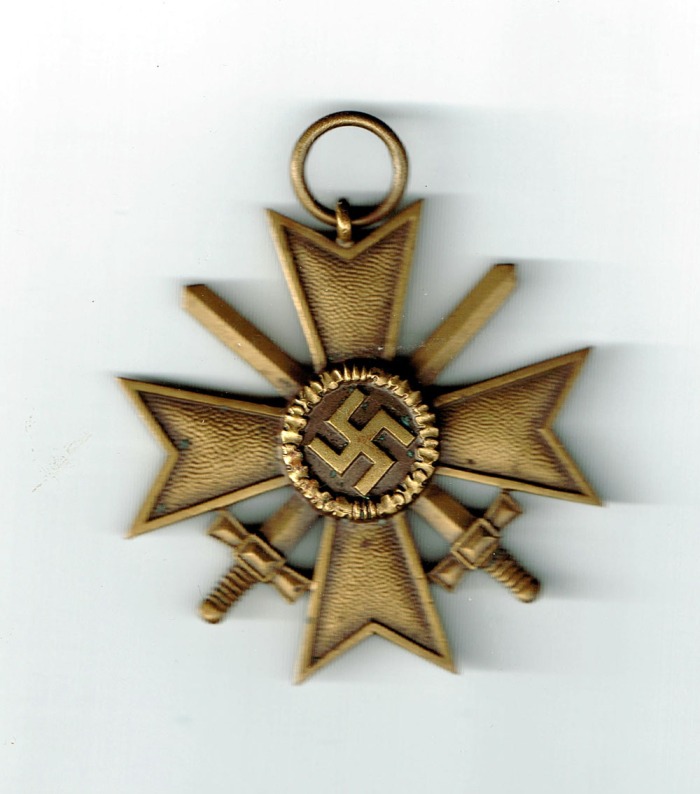 The Iron Crosses of Deutchland:  Each one below was earned.

The Iron Cross used to be a real honor. The Cross has been designed in impressive, subtle simplicity in 1813 for the war against Napoleon by the famous artist Schinkel and reestablished in 1870, 1914 and 1945. ‘Iron’ has the meaning without gold etc., just to honor bravery in action. It  has been exclusively  given to soldiers with merits on the battlefield – not for any other merit. (an exeption: commanders of important strategic moves). In the Second Wold War the higher classes of the Cross could and has been given to ordinary soldiers for the first time.  The Knights Cross for an infantry man gave him an enormous reputation.

The Cross of your Grandfather is the second class (with a ribbon). As the war lasted on more and more soldiers received it. Hitler got the first class as a private and could rarely be  seen without it. Contemporary German military airplanes carry the sign still on their wings. But  no Iron Cross could be won since 1945. 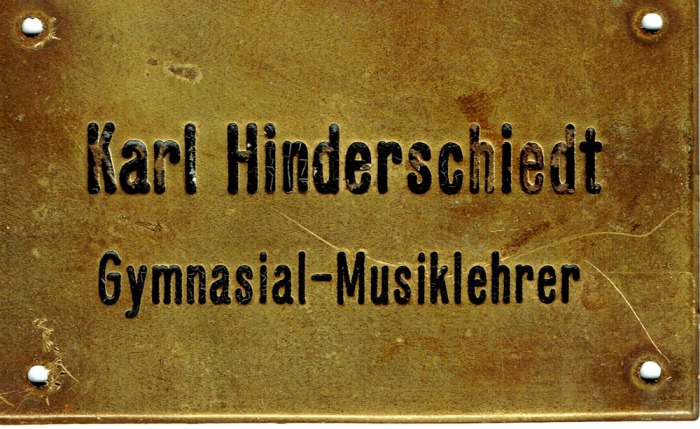 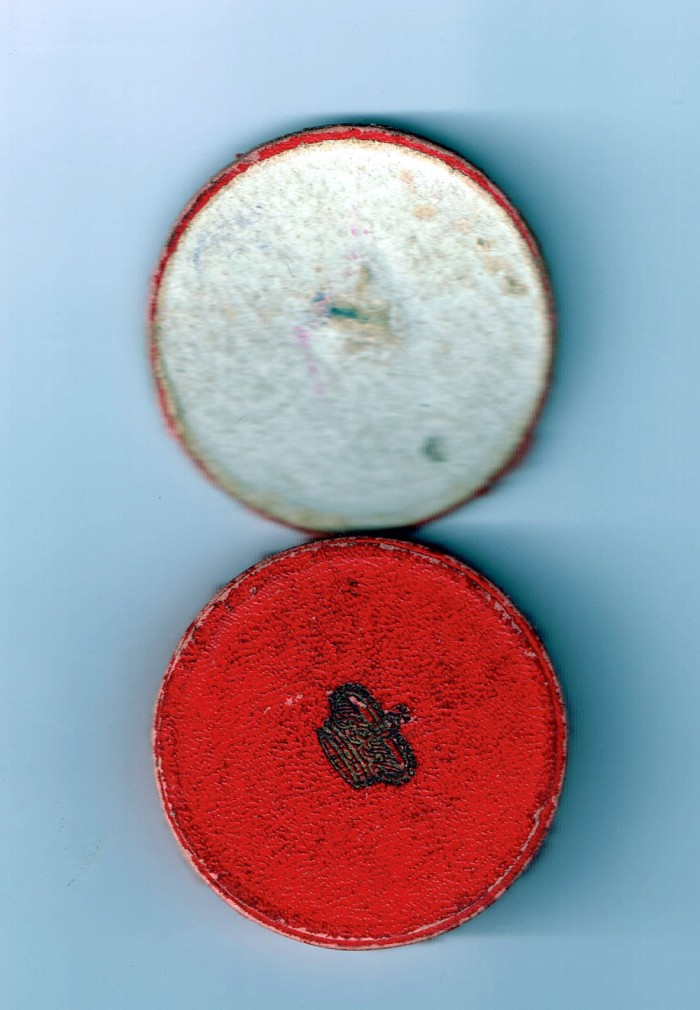 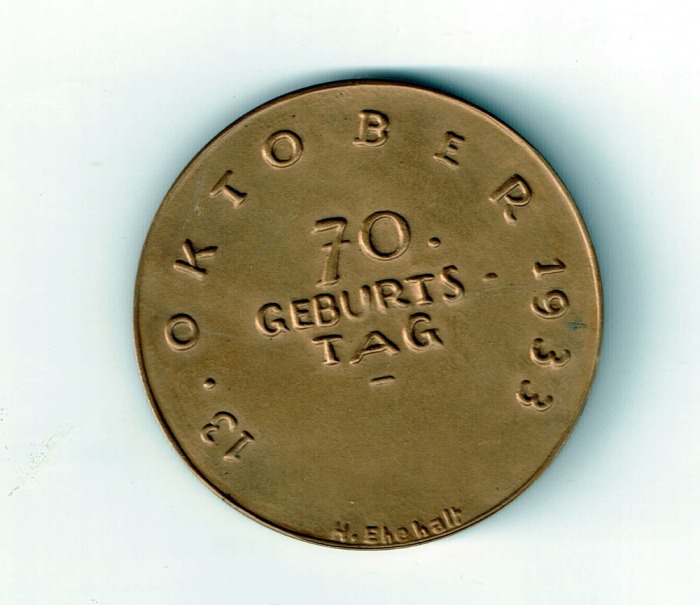 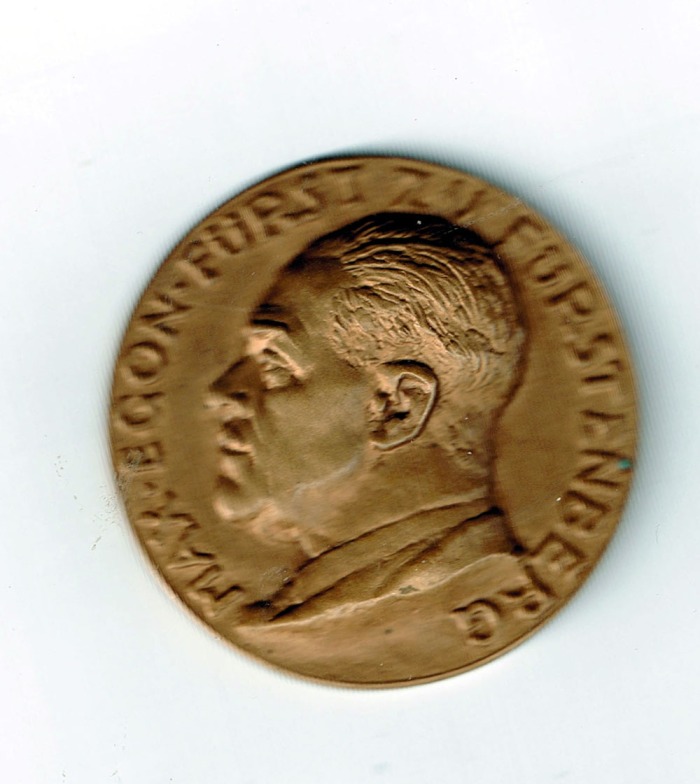