There was a day long time ago in the middle of confusion when I was able to sit and just mind my dogs. They were brothers those two, picked up off the street in down town Detroit at 2:00 a.m. or so. Less than 6 months old- two less than identical twins, Labs- one black with a diamond on the forehead, the other a spotted mix of brown, mostly brown.

Yeah mostly brown was the morning delivery as I brought them home to a friend’s I was staying at- and promptly got summoned to clean up last night’s energy. 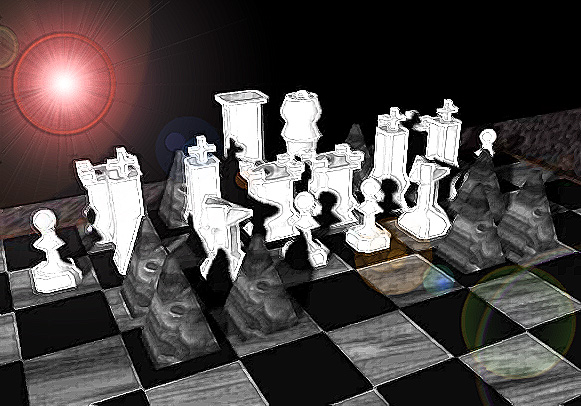 It sucked. But that’s what dogs do.

Next it was ride in my Jeep to the dog store. All the stuff was bought. Food dishes, collars, leashes, and treats. From Detroit to a suburban Lake House outside of Ann Arbor, Michigan. Packed and racked- a new family was moving in.

Rangy and tan, that was Charley- just out going like a Walt Disney dog. Black and needful was Mercedes- almost scared. The two never separated, as if they were destined to live together for life.

Those were needy times, a Christmas coming up- newly divorced, a tall tree nailed to the ceiling because I didn’t know any better, a really messed up kitchen, some barely frozen ice on the lake outside, most of my house raped away by a bad decision of a marriage prior. A divorce can do that to you.

A separation from something you promised yourself as a child- would stand forever- you would stand forever- Us was “US” against all odds was us. Never to be realized that separation can be a consequence of fate rather than the choices I had made. Yeah the times were bad, but I had two puppies to run the lake with. I had just been astonished with a new computer, the possibilities seemed endless- and all of a sudden my life became digitalized.

So that is how I marched into the New Year. Alive. Not one to forget failed effort, dreams, or the overwhelming snow that falls when one is weakest. The Christmas day of last year was spent walking the lake ice, watching those canine twins revel in the snow, languish in the openness of it all as they ran, and ran, and run they did.

I don’t think anybody could have escaped the fresh gust of those two, as they unharnessed all that is sculpted to song and wind, and ran for the moon in a silhouette of white ice and snow. Yeah, the wind followed them as well, graced by the courage and fearlessness of youth. It was a courtship between the three.

So as all storms break, there is a moment of silence, clarity, when a young man is foolish and content enough to relax from the edge, take a moment to casually lap at the beauty that is nature and life.

It was that moment, a rare respite in tolerance and undelivered pain, that I spoke to God and thanked him for the beauty that I was witnessing as I watched the twins, Charley and Mercedes, race the edge of the yard, and consume the rare green patches of undelivered ice at the edge of the lake. The wind was so warm, wet, and suggestive, for the first day of February on this Michigan lake. It was such a moment of calm and graciousness, that I shall never forget nor invite back. It was the moment when the crispness of life stabs you- and it was grand. To see them race with such lack of care- and so completely within one another. It was a song. A true dance of life and why we live it. It was the last song, the last dance. 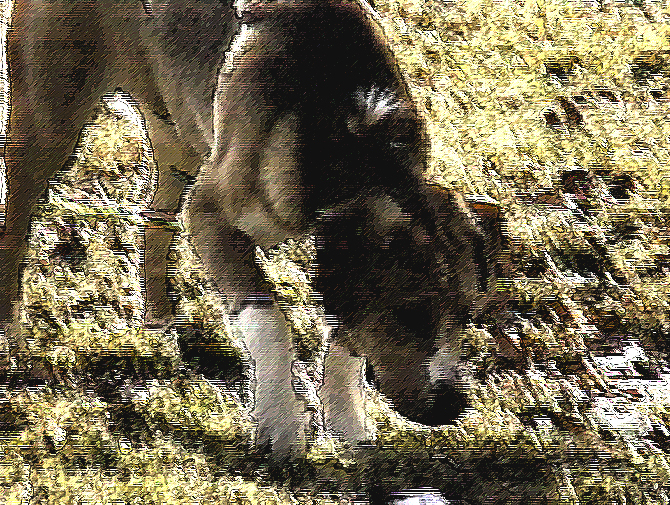 And a second later Charlie died.

He crossed the road, Mercedes with him.

There is a corner on Coon Lake Road, right before what was my home. It is a fast road, and the second Charley crossed it and ran into the woods on the other side, I knew they were in trouble.

I ran and called to them- light had fallen so now it was all about headlights. And that slow motion thing happened- as reality hits the storm cloud, and all things terrible become real, I saw Mercedes running in the brush and called him, at the same time a car’s headlights beat down the mist of a warm fog, and it was pretty obvious that the truck was coming fast.

As I cried out to Mercedes, and he crossed over- that is when the chess match ended. The second before you are mated, you realize all of your miscalculations- and the fact that Mercedes was in my hands blasted away in my head- as I realized Charley was sure to follow. To come to his brother. To run without care as he had been accustomed to from the day earlier. To run free. Charley ran to me.

What is it about collisions that are so horrible? There is no CSI movie, any sort of cinematic replay, that can revive the absolute horror of watching death become an inescapable moment. There are moments to that painting that are not teaching tools. You can never learn from them. There is the second you realize you have one dog in hand. Barely escaping the headlights- but in hand. The eclipsed second after that is the one you regret forever. As you watch those lights continue and the animal becomes mated to them.

Slow motion damage- the stuff you see in movies, as you watch the headlight blast the spit from the mouth of your dog. A spot light nothing more. A split second like a football game- where a head gets nailed, but there is only one shot- no replays. He was blown away to the side, a splatter of hope was just wasted by a driver that slowed down- but was too much of a coward to stop.

So that’s how it went. A 4 month old dog carried and laid to the floor of a stupidly unfinished kitchen. Laid to rest so that his brother could come to grips with it- Mercedes was now scared forever. Charlie didn’t bleed much- so there weren’t boards I would have to rip up to manage a statement of respect.

The ground that night was too frozen to dig, so I got a lot of dirt and built a mound. Collar and all.

The next day I had to drive to Port Huron (180 miles) in the middle of a northern Michigan snow storm) to cover a hospital. That was 6 hours of flashbacks. The kind that make you snap your head back- a tornado of reminder and denial. You can’t really shake your head enough.

Mercedes never recovered. He always cried, was an amazingly affectionate companion dog to my daughter, and in 2001 died from a tumor that had grown on his left shoulder.

That was back in the day that I smoked, his tumor had split his skin, I took him to the vet, people saw him and couldn’t look at him he looked that tragic. I walked him after I knew what the Vet said, there were no options. And just smoked a stupid cigarette with Mercedes on a curb. I then brought him in and held his paw as he was injected and died right there before my eyes- Like Charlie. Like Charlie he died in front of me.

So those are two Detroit dogs that no one will ever know. I have to put it on paper to at least make their lives real.

One thought on “Check Mate”