There is something different when you look back at a life changing experience, running it in reverse. 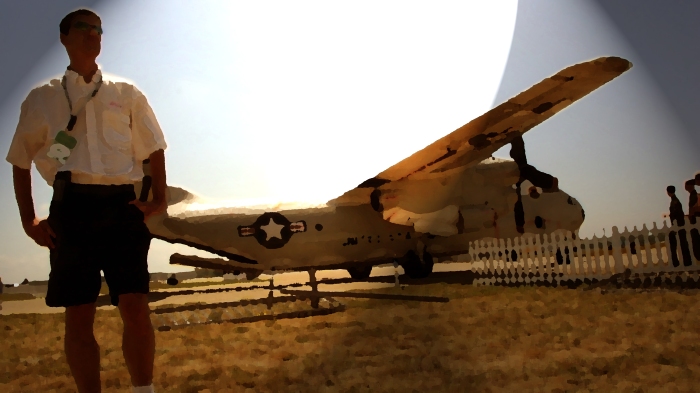 Although I had envisioned it- I chose not to kiss the sacred ground that is America when I arrived by military plane back home from a 15 month mission to the Republic of the Philippines.  There were a couple of generals that thanked me for my service.  I was surprised because I felt that I was invisible to America.  I did what I was trained to do, and that was that.

Done did it is what I did.

No thanks required.  A solid satisfaction that in the land of warriors, I had not fallen or faltered.  I just never realized that anyone cared or that it made a difference.

So I think back now as I leave the tarmac and head off to an unknown future.

Mount Pinatubo was still a crest for all to see, if you lived near Clark airfield, outside of the city of Angeles, Philippines.  One of the few flat areas in this island city among island cities, the landscape is puffy and filled with very ripe clouds that hang low, and are saturated with some kind of milk. 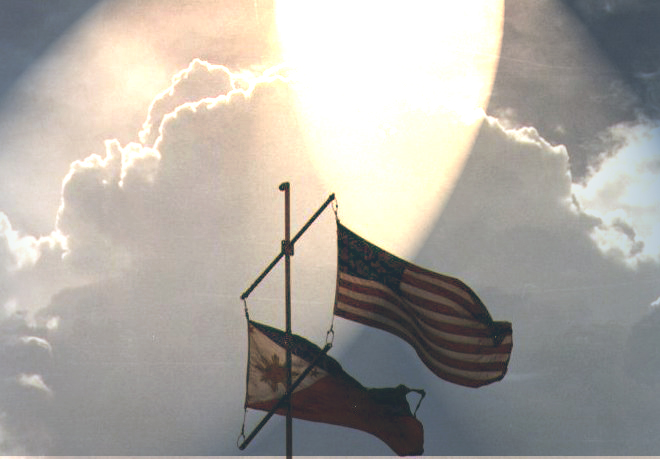 There is slather here, ripe and waiting to happen.  A moist and very wet heat, a substance in the air promising a change waiting to happen.  Brown and dryer than dry dirt waiting to mate with a promise of rain not quite ready to be gorged on yet.  This is a needy place, and nature spanks the wanting many.

Getting there on the cusp of my second decade was like ripping a page from the middle of a Hemingway novel.  Drink, heat, and ladies were adventures mating on the horizon.

It was  20 plus hours by air from Hawaii to Guam, another 4 to the Republic of the Philippines.  We were sent out like boys, a new harvest of colonizing wannabe centurions to help stand and defend this proud republic.  None of us really clear about the history that ensured a future  feast contingent to the liberators.

The volcano hadn’t spewed yet, and here was a young midwestern boy, with a solid Purdue slide rule to live life by- like putting a juicy worm into a Michigan lake stocked with small mouth bass. 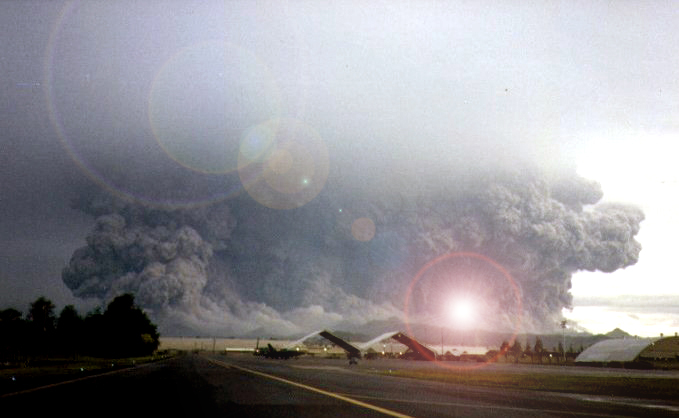 The first task at hand was to take a Victory Liner to the Naval base at Subic Bay, my assignment for the next 15 months.  I arrived a child, was a child for 15 minutes, and then reversed and graduated to become revered as a member of the liberating (from WW II) forces of the United States of America. 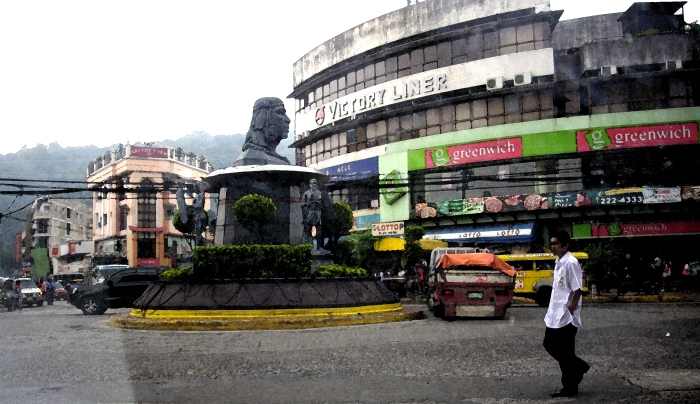 From old to young, these smallish brown people with smiles that are silky to the eye, gathered close and always circled you like the pole in a May day festival. 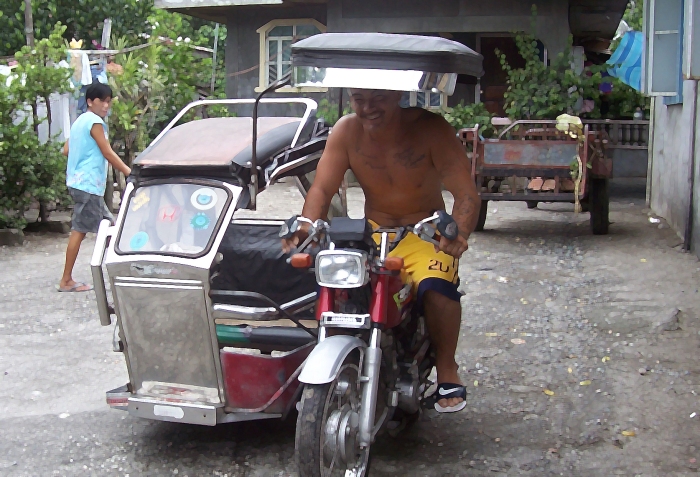 To call them natives would be a disservice and a great underestimation of the proud and kind people that the Philippinos truly are.  Imagine taking a tribe of amazonian warriors home to your proud Midwestern mama.  All smiles and what not, but still eyeballing the family stewing pot.

So anyway, the next portion of this endless journey was to take the Victory Liner for a 10 hour ride through mountains, savannahs of lush plantations, ungraveled dirt roads, spinning hilltops with  one lane highways to a small military base nestled in Subic Bay. 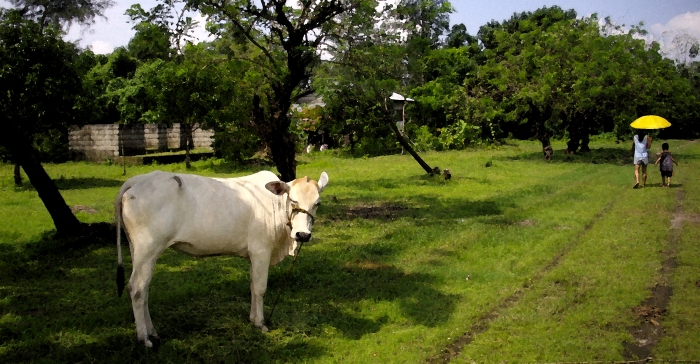 You can wash down all the childhood fears and fights with one seriously cold San Miguel beer at a hot dusty roadside stop, as the chicken guy walks past you to the back of the bus with his chicken cage.  It goes down smooth.  This was my first intro to the Filipino business man.  That bird was his conquest for the day.  Soon to be on somebody’s barbecued pot sticker.

So that is what it is.  Stop and go for the next ten or so hours, a lot of children begging at every stop, and quite a few brews.  No uniform of the day- so it was a special moment, as if the entire tribe I was surrounded by didn’t know who I was and who I fight for. 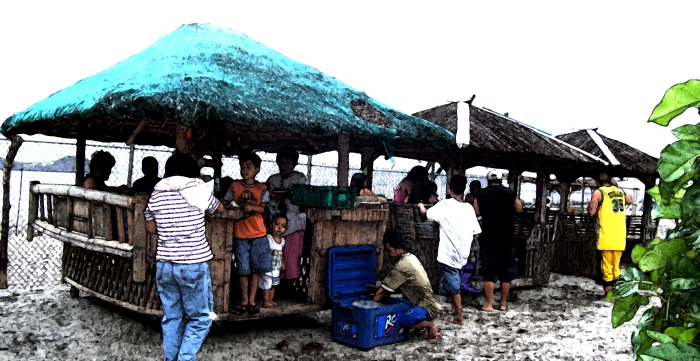 It was odd to be less than 20 and giving away a few pesos here and there to needy strangers substantially older than myself.  I was almost embarrassed to be given that sort of power- to a people that had endured so much 30 or so years prior.  That sort of humility and self tempering, is what managed my stay- and gave me a positive rap- otherwise stated as “mabuting pakikisaman”. 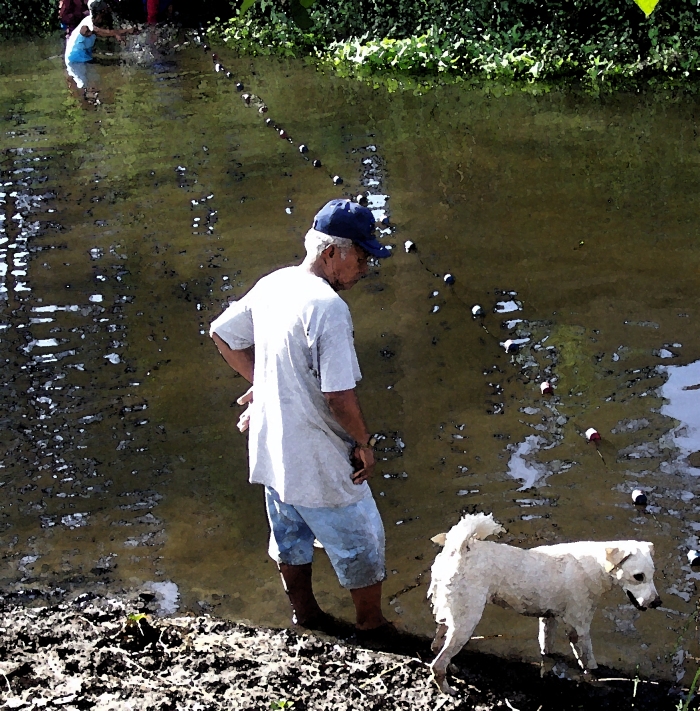 It is funny to write the term as i have always remembered it, and enunciated it to Philippino nurses I encounter, but have never written it down.  I t means you have a good persona, good mojo so to speak.  It says you are kind and not evil.  It is the full on ticket to reproductive success if you live on this group of one thousand or so islands.

Well it seems I have it, had it, and am it.  Well heck, the first 30 days here, I totally talked myself out of an amazing amount of potentially grateful cultural experiences.  But to me, it seemed an odd way to be what our mission intended us to be…  kind,  benevolent and watchful sentinels of peace.

The bottom line was we were a bunch of sailors with a lot of money to be burned, serious junk to be had around the corner, visiting bars that had insanely on cue  bar music mimicked by a bunch of rooster looking spikey haired and muscled  coke brothers, living our dreams through Hotel California, while back dooring the maids of the republic.  Add that to mandatory curfew at 11 pm, and you ripen the mix of totally abusive and edgy partying to the last possible minute type of mentality.  Total rage.  Mix it, want it, be it, destroy it.  That is the “Ava Maria” for the troops as they stand down.

Clap shots were free.  Much better if you were allergic to penicillin, that spared you a four dart scary mix of porridge called procaine penicillin (4.8 millin units was the prescribed dose).  Double darts times two- myself and a nurse heading straight to your ass cheeks. 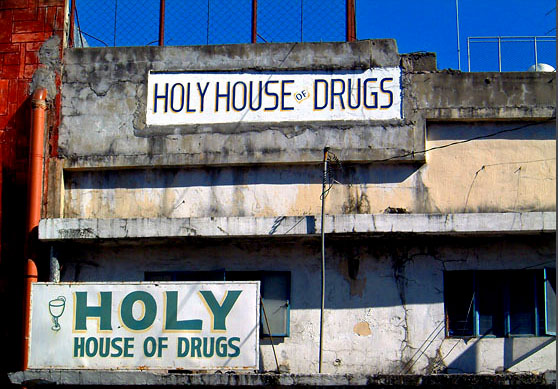 So I was allergic as hell.  But that card was played once and once only.  There were rumors of the worst kind, a thread or strain of this vicious man crippling gonorrhea that would suck your nuts dry, turn your manhood green, and basically turn you into a priest of some kind.

I never did figure out if that was indeed fact or fiction,  but it was scary.

Noone died on my watch.  I became an emergency room hospital corpsman due to some pretty good work recovering 4 patients simultaneously in the middle of a busy surgical night.

My day usually ends with a three mile run down to Cubi Point airfield, a fast running leap to the pool and 20 laps, 3 on one breath.  Then to the gym and lifting away.  The hard part was running back up the three mile hill.  2 lanes,  a fence on both sides, monkeys on the other.  Jaguars and what not never really showed up, but some seriously big snakes did cover the entire pavement a few times. 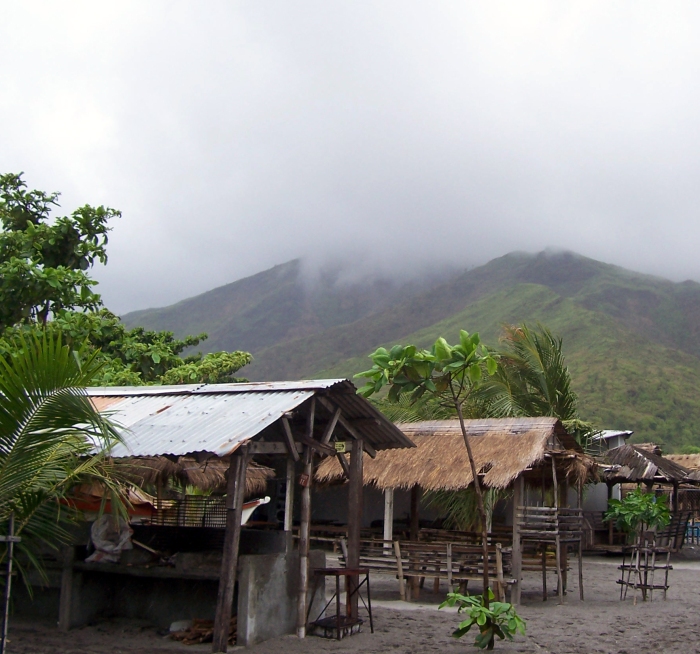 Middle of the night motorcycle rides were a blast, noteworthy for a totally unexpected “touch and burn” night maneuver by a seriously over sized owl,  swooping  past my helmet and coming to view a little past my face and handlebars as its massive wings lofted it back on track for another stealth mission.  A big gray shadow silhouetted more by the absence of light from the great walls of the jungle on both sides of me- rather than a canopy from the moon or what not. 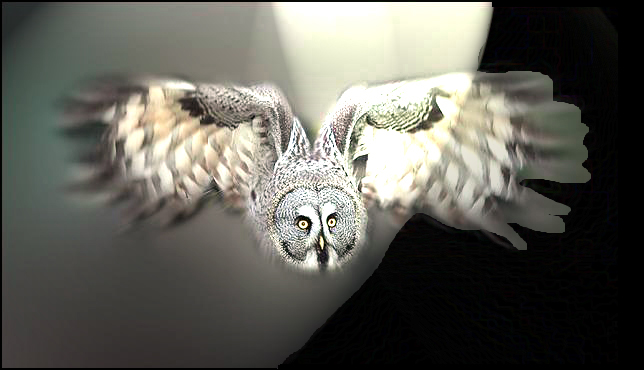 It was amazingly huge and was hunting when it changed it’s mind.  It was as if the road was a river cut into a deep gorge by this amazing jungle.

So snakes, deadly spiders, death dealing jelly fish, sharks, large breed cats, and poisonous vines are all a part of the mix here.  If you stop to think about it, well you become paralyzed.   Sucked to silence in mid speech as you are cemented to a an operatic overture and become a feast.

2 thoughts on “The Second Decade”